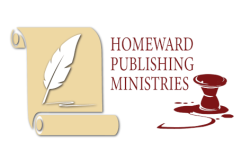 Disease and Its Causes

When drugs are introduced into the system, for a time they may seem to have a beneficial effect. A change may take place, but the disease is NOT CURED. It will manifest itself in some other form. In nature’s efforts to expel the drug from the system, intense suffering is sometimes caused the patient. And the disease, which the drug was given to cure, may disappear, but only to re-appear in a new form, such as skin diseases, ulcers, painful diseased joints, and sometimes in a more dangerous and deadly form. The liver, heart, and brain, are frequently affected by drugs, and often all these organs are burdened with disease, and the unfortunate subjects, if they live, are invalids for life, wearily dragging out a miserable existence. Oh, how much that poisonous drug cost! If it did not cost the life, it cost quite too much. Nature has been crippled in all her efforts. The whole machinery is out of order, and at a future period in life, when these fine works which have been injured, are to be relied upon to act a more important part in union with all the fine works of nature’s machinery, they cannot readily and strongly perform their labor, and the whole system feels the lack. These organs, which should be in a healthy condition, are enfeebled, the blood becomes impure. Nature keep struggling, and the patient suffers with different ailments, until there is a sudden breaking down in her efforts, and death follows. There are more who die from the use of drugs, than all who would have died of disease had nature been left to do her own work.

Why so much disease, sickness, suffering and death?

Is it possible we could bring disease upon ourselves through ignorance?

Can we prevent the modern diseases so prevalent today?

THESE QUESTIONS AND MORE ARE ANSWERED IN THIS LITTLE BOOK, DISEASE AND ITS CAUSES.

WITH OLD-FASHIONED ADVICE AND SOME PLAIN OLD STRAIGHT TALK!

FIND OUT HOW YOU CAN HAVE BETTER HEALTH, AND “START NOW!” TO REPAIR THE DAMAGE ALREADY DONE!!

There are no reviews yet.

Be the first to review “Disease and Its Causes” Cancel reply